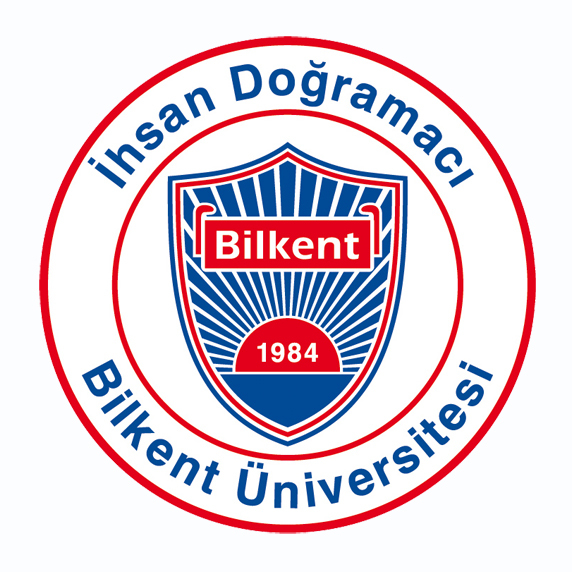 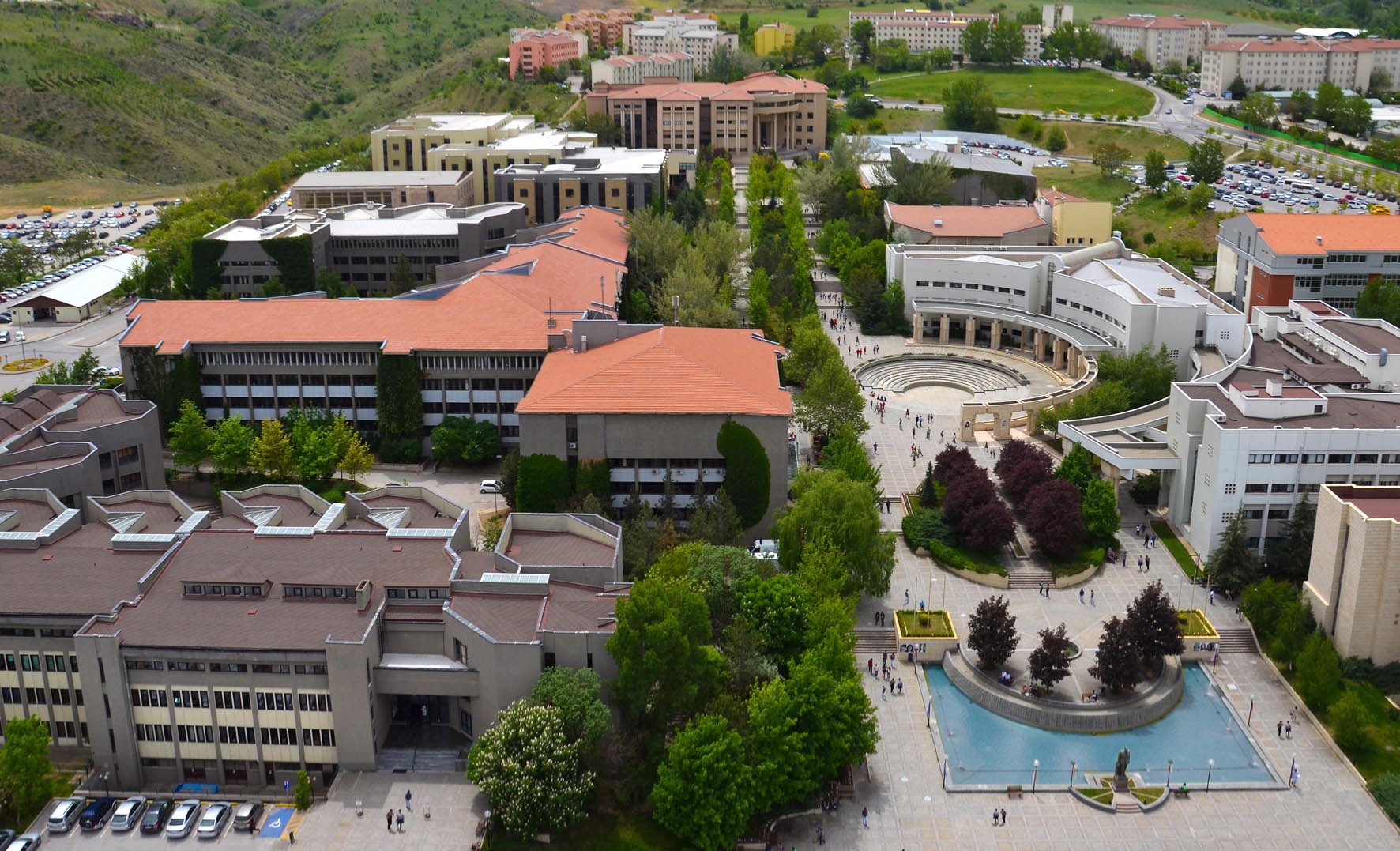 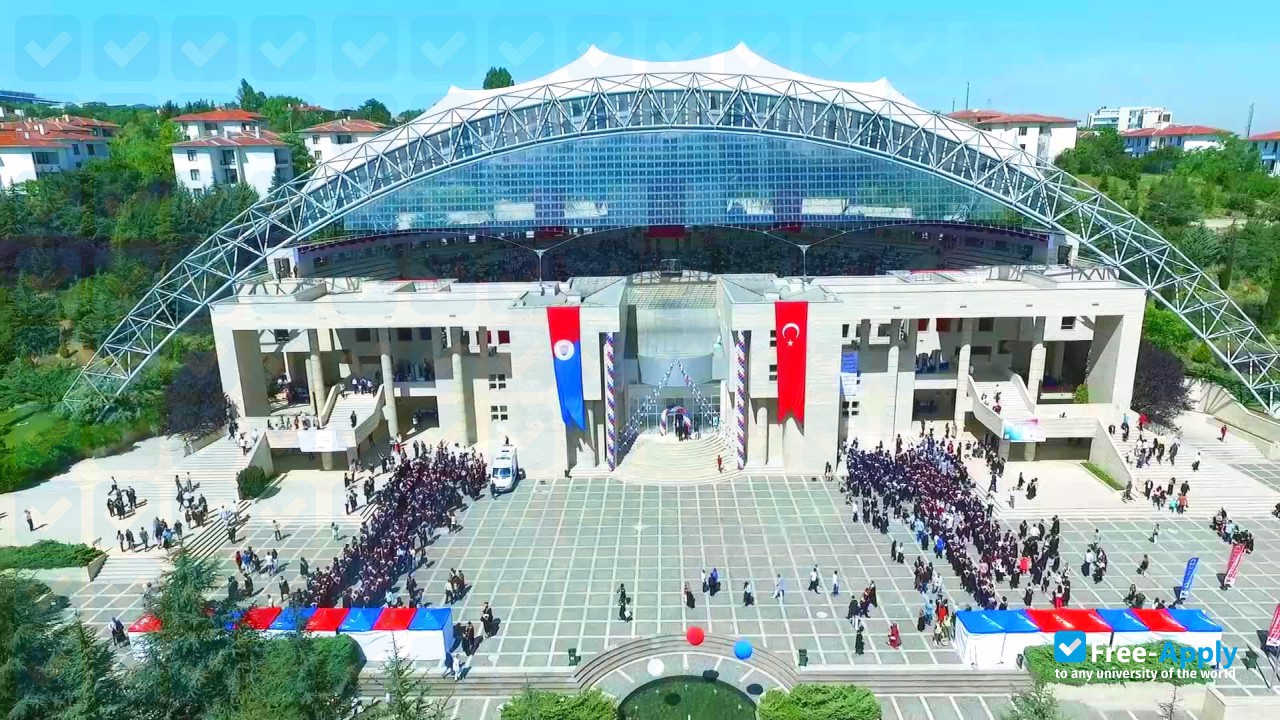 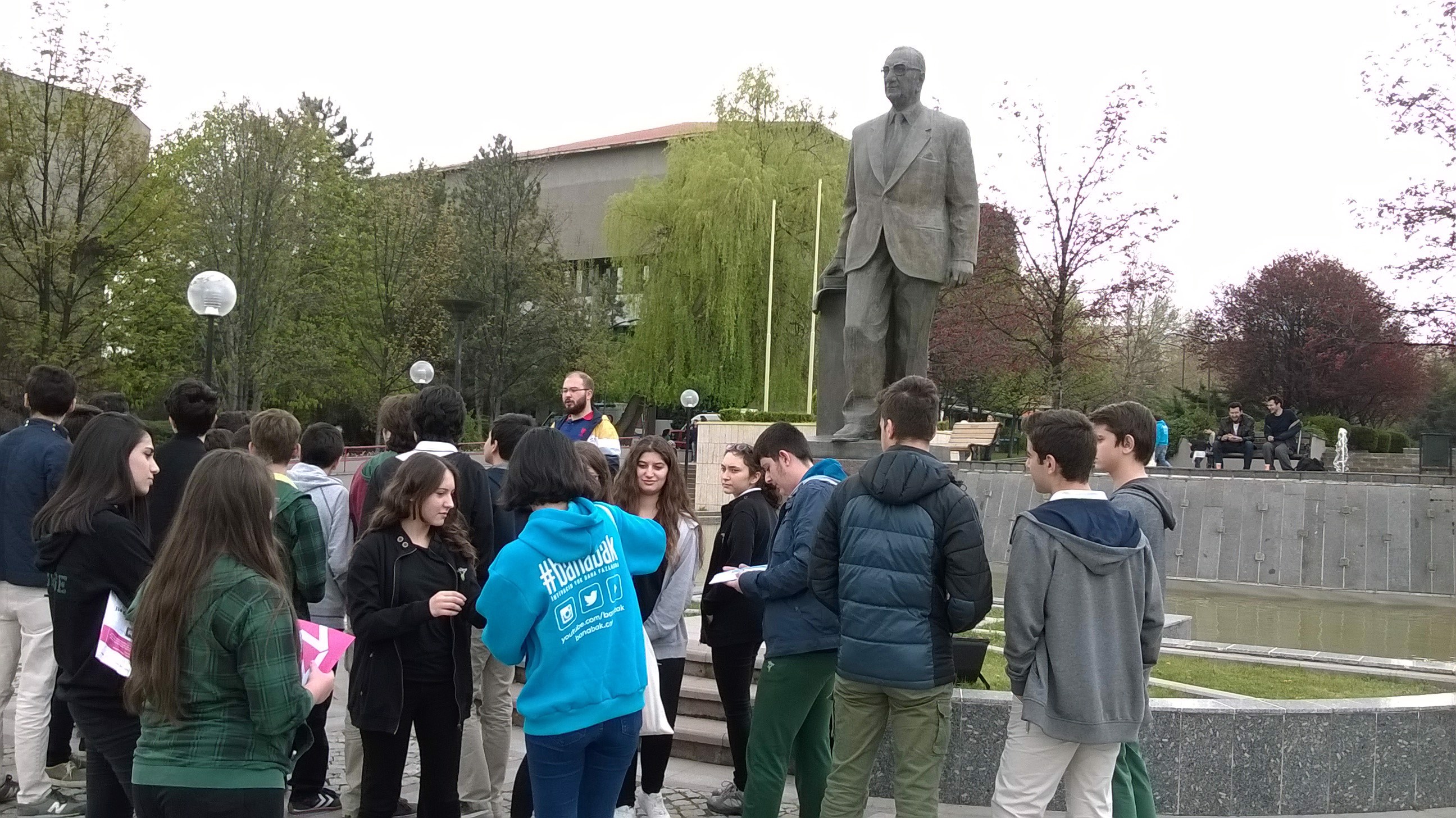 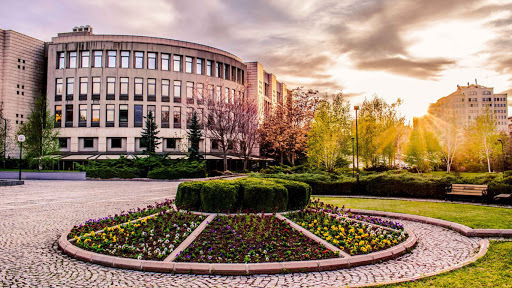 Historical Background Bilkent University was founded on October 20, 1984 by İhsan Doğramacı (1915 – 2010) through the joint resolution of the İhsan Doğramacı Education Foundation, the İhsan Doğramacı Science and Research Foundation, and the İhsan Doğramacı Health Foundation. The aim was to create a center of excellence in higher education and research. The name “Bilkent” exemplifies the founder’s aim, since it is an acronym of bilim kenti Turkish for “city of science and knowledge.” The university is located in Turkey’s capital city of Ankara.The founder, himself an academic, had earlier contributed to the establishment of numerous public institutions of higher learning and served as rector of Ankara University, as chairman of the Board of Trustees of Middle East Technical University and as founder and first rector of Hacettepe University. It had long been his objective to establish a private, non-profit university distinguished by its high quality education and research. During the time he spent at Harvard and Washington universities in the United States he had observed the advantages of independently endowed non-profit research universities that serve the public through higher education. With these in mind he advocated for decades for the Turkish legal system to allow such institutions, and when this dream finally materialized, he established Bilkent University along the same lines.Preparations for Bilkent University had begun as early as 1967, with the purchase of a large tract of land to the west of Ankara. In the late 1970s and early 1980s the above-mentioned foundations began construction of the buildings which now house administrative offices, the Faculty of Engineering, and the library. Bilkent University Library is the most extensive academic library in the country. Construction of residences for academic staff, cafeterias, student dormitories, the Student Union building, and various academic buildings followed in rapid succession.Bilkent University admitted its first students in 1986. That year there were 386 undergraduate and graduate students. Currently there are over 12,000 students in nine faculties, two four-year applied schools, the School of English Language, and three graduate schools. Among them are international students and exchange students from 73 countries. Around 64% of the student body benefit from a variety of scholarships.From the outset, the design of the university structure provided for student union representatives to be voting members of the administrative committees of various schools, as well as of the University Senate. The practice of student evaluation of courses and instructors, at the time not a common practice in Turkey, was instituted.To meet the expanding needs of the university, construction has continued throughout the years since the admission of the first students. Buildings and facilities today include the faculties and the departments, research centers, modern classrooms, state-of-the-art science and engineering laboratories, art studios, the Computer Center, the Health Center, gymnasiums and a semi-olympic indoor swimming pool, dormitories, faculty housing, cafeterias and restaurants, the Bilkent Concert Hall for Bilkent Symphony Orchestra, the Odeon outdoor auditorium which hosts 4,000 people, an elementary school, a secondary school, a preschool and nursery.The faculty is comprised of academic staff from over 34 different countries. Most of them were working in prominent universities in North America and Europe when they received offers from Bilkent University. According to ISI Citation Indexes, Bilkent ranks high among universities in Turk/ey in the number of published papers per faculty member.Bilkent University ranked 16th in the QS Emerging Europe and Central Asia Rankings (2020) and 82nd in the Times Higher Education Asia University Rankings (2019). Bilkent has also been named as one of the Turkey’s highest-ranked university in the QS Graduate Employability Rankings (2020).With world-renowned scholars among its faculty and top-notch facilities throughout its campus, Bilkent continues to attract many of Turkey’s brightest students and is proud of its 50,000 alumni pursuing successful careers in five continents.Rankings2019 CWTS Leiden RankingsAccording to the 2019 CWTS Leiden Rankings, Bilkent University leads the world in percentage of open-access publications. For more informationTHE Asia University Rankings (February 2018)Bilkent University has been ranked 54th in the inaugural Times Higher Education Asia University Rankings, and among the top three universities in Turkey on the list.The 2018 THE Asia University Rankings, which compile a listing of the top 359 universities in Asia, are based on the same criteria as the THE World University Rankings, but with modifications to better reflect the characteristics of Asia’s universities. Employing 13 separate performance indicators, they judge world-class universities on the continent across all of their core missions: teaching, research, knowledge transfer and international outlook.Bilkent Leads Turkey’s Universities in QS Graduate Employability Rankings (September 2017)Bilkent University has again been named as Turkey’s highest-ranked university the latest Quacquarelli Symonds Graduate Employability Rankings for 2018.The Graduate Employability Rankings compare the employability outcomes of higher education institutions around the world, in an attempt to evaluate the institutions’ reputations among employers and the attractiveness of their recent graduates in the job market. Indicators used in these rankings fall into five categories: employer reputation (30%); partnerships with employers (25%); alumni outcomes (25%); employer –student connections (10%); and graduate employment rate (10%).Among the universities evaluated, Bilkent ranked in the 251-300 band overall. Boğaziçi, İTÜ, İstanbul, Koç, METU and Sabancı universities ranked in the 301-500 band.Smoke Free Campus Rules At Bilkent University, in the 2019-2020 academic year, the use of cigarettes and other tobacco products will be subject to the following rules:On Bilkent University’s Main Campus and Middle Campus, the use of cigarettes, other tobacco products and electronic cigarettes is forbidden– inside areas designated by yellow lines,– at bus stops and queues,– at all points designated as “No Smoking”,– in uncovered areas of buildings such as balconies and roofs.On Bilkent University’s East Campus, the use of cigarettes, other tobacco products and electronic cigarettes is forbidden– everywhere including all outdoor and indoor areas, except for specially designated smoking areas.Penalties and sanctions will apply to students, staff members, alumni, guests and all other persons who violate no smoking rules.