Bartin is a small province in the Western Black Sea Region Black Sea region of Turkey. It separated from Zonguldak in 1991 became Turkey's 74 provinces. Kastamonu to the east, Karabük to the south, Zonguldak provinces to the west and Black Sea to the north. Most of the province, which is rich in forest, is located within the borders of Küre Mountains National Park. Bartın river is the only transport streams carried over in Turkey.

The source of the name that turned into "Bartin" from "PARTHENIA" is "PARTHENIOS". Parthenios, the ancient name of Bartın River; In Greek mythology, the Father of the Gods is one of the hundreds of gods and "God of Water", children of OKENAUS. In short, Bartin's name means "Deity of Water or Magnificent Flowing Water".
It is understood from the written sources that Bartın City, which was founded on the edge of the Bartın River called Parthenios in ancient times, was called PARTHENIA and that this name turned into Bartın over time.

Bartın's first owners, BC. Gaskalar and 14th century BC It is considered to be Hittites in the 13th century, it is known that the Binsinites who settled in Bolu Airport and the Paflagonians who ruled in Kastamonu Airport expanded their borders to Parthenios, so that Bartın lands were located within the borders of these two sovereigns. m.ö.12.yy. In the late Bithynie Region, Bartın Phrygians and Amasra Phoenicians in the Paplagonie Region, Phoenicians; They formed the first Sayda Colonies in Amasra (Sesamos), Ereğli (Heraklia), Sinop (Sinope) and Tekkeönü (Kromna).
B.C. In the 9th century, with the deterioration of the power balances in the Mediterranean, Phoenicians and their partners Karians left Amasra and Kromna. Bartın and its surroundings, BC. 7.yy.da At the end of the Kimmers, BC. It came under the rule of the Lydians in the 6th century and the Persians in 547 BC. During the 216-year Persian period, the Black Sea Colonies maintained their status for a long time thanks to the Perslon friendship.
B.C. In 334, Alexander the King of Macedonia ended the domination of the Persians and became the owner of the region. He left the management of Bartın and Ulus to the “Fridya Satrara”, and the management of Amasra and Tekkeönü. However, Amasra administration BC. He changed hands between 302-286 and began to be ruled by Queen Amastris. B.C. The city, known as Sesamos since the 12th century, was named after the Queen after the 16-year Queen Amastris Period. In this period; It became the capital of the Symoikismos Sites Union, consisting of the sites of Kromna (Tekkeönü), Tios (Filyos-Hisaronu) and Kyteros (Gideros). When Queen Amastris was killed by sinking the ship he was riding by his sons in 286 BC, the city was ruled again by Eumenes. Amasra and Bartın surroundings came under the rule of the Pontus Kingdom in 27 BC after the wars in the region.

Bartın and Amasra in the Byzantine Period

B.C. The Romans, who entered Anatolia in 70, ended the reign of the Kingdom of Pontus and had the region. In the Roman period, the part of Bitinya and Pontus in Paflagonya started to be managed by Satrap as the province of Bitinya-Pontus. Amasra became the capital of the Pontus section of this state. A.D. Bartın and its environs remained under the rule of Byzantine for many years until 395, after the Roman Empire and the Byzantine share on the Roman-Byzantine division.

Bartın and Amasra in the Middle Ages

Bartın and its surroundings BC In 390, the Pechenegs and the Commanders, under the command of the Khazar ruler, Ait Han, were founded by M.S. It was targeted by the intense raids of Muslim Arabs under the command of Abdülmelik in 798, the Seljuks in 800 and the Russians in 865.
The interest of the Turks in the region began in 1084. Emir Karatigin, one of the Commanders of Kutalmışoğlu Süleyman Bey, took Sinop, Çankırı, Kastamonu and Zonguldak in 1084 and established a Turkish Emirate in the region, including Bartın, Ulus, Eflani, Safranbolu and Devrek. However, the death of Süleyman Bey in 1086 and the 1st Crusade, which started in 1096, created serious problems for the Turks who settled in Northwestern Anatolia. After the agreement between the Crusaders and the Byzantine, the entire Black Sea coast, from Amasra, Sinop and Ereğli, from Istanbul to Samsun, came under Byzantine rule again.
Bartın and its environs are the 11th century after Byzantium. In the end, it passed into the hands of the Anatolian Seljuks. After the Seljuk period of 200 years, it was within the boundaries of Candaroğulları Principality, which ruled Kastamonu region in 1326, and the Ottoman Empire since 1392.

Bartın in the Ottoman Period

The city, which was conquered by the İsfendiyaroğlu Principality at the end of the Ankara War in 1402, came under the reign of the Ottoman State in 1461. By 1460, Bartın and its Environment; Within the borders of the Ottoman Empire, Amasra was the Genoese Colony. Fatih Sultan Mehmet Han, who was preparing for the North Anatolian Expedition to provide Turkish unity in Anatolia, to bring the Black Sea trade and the seaway to his country, chose Amasra, Kastamonu and Sinop as the first target. In 1460, while Fatih Sultan set off on the pretext of hunting from Mehmet Üsküdar, the Ottoman Navy under the command of Mehmet Pasha also moved from the sea. When Fatih arrived in Bolu, İsmail Bey, the Bey of İsfendiyaroğulları, who dominated Kastamonu and Sinop regions and was regarded as the continuation of Candaroğulları Principality, reported his loyalty by sending valuable items to the sultan. Fatih, who continued on his way, came to Bartın in October and established his army in today's Orduyeri.

More than 100 dishes of Bartın clearly reveal the richness of the local cuisine. However, it is observed that the nutrition culture has also changed significantly with the urbanization process. Rice Ravioli, Pumpum Soup, Yummy Isbut, Zucchini Burmese and Amasra Salad, which are among the important local dishes of Bartın, are the dishes made today with their unique cooking techniques.

Amasra is known as the pearl of the Black Sea. It is a paradise with its insatiable natural beauty and historical ruins that live the past. The date when tourism is taken seriously is between 1960-1970. The date when tourism started to revive is 1940. In the 1930s, wickerworks, baskets of boxwood claws, sofa sets, hats, baskets were made from corn peels, exhibitions, conferences and conferences were organized between 1934 and 1938. Baskets, hats, slippers, armchairs and coffee table sets and various ornaments are still made with chains knitted from corn peel. The handcrafted works are offered for sale in shops.
In recent years, there has been an increase in home boarding as well as hotel and boarding. There are a total of 34 hotels, 23 of which are registered in the center of the district, 11 of which are in Çakraz, 23 of which are registered in the district center and 3 of the villages. It has a capacity of 818 rooms and 2060 beds. In addition, various fish restaurants and cafeterias in the district serve local and foreign tourists.
The islands that make up the skeleton of the district center are called Boztepe, Zindan, Küçük Ada and Tekke Tepesi. The island, called the Big Island or Rabbit Island, is separated from the four islands that form a peninsula.
Between İnebolu and Karadeniz Ereğli, there are hard coal deposits formed in the 1st Geological Time in the lower layers of the karstic structure. Amasra Turkey "s Coal Basin, which is located on one of these basins.
Amasra district center; Tekke Hill is a peninsula formed by the connection of Küçük Ada, Boztepe and Zindan islands to the alluvial area on the mountain slopes. In this formation, which has the character of Tombolo, the section called Kum Mahallesi today is the coastal arrow that provides connection with the land. There are two natural bays on the east and west of this arrow. The small port in the west is called the big port in the east. Only the Big Island (Rabbit Island) has preserved its island character.
Since the mountains lie parallel to the sea in Amasra and its surroundings, the beach, etc. formations are few and cliffs (Yalıyar) are encountered. The sea deepens from a short distance from the land.
In Amasra, there is a rainy middle generation climate that is unique to the Black Sea coast. Annual temperature differences are small. Summers are cool and winters are warm. The wettest season is autumn. The coldest month is February and the warmest month is August. 250 days of a year are completely clear or partly cloudy, 115 days are very cloudy and rainy. The average relative humidity rate is 72.3%. The dominant wind is Poyraz and it is open to Yıldız, Karayel and Lodos winds. Sea water temperature is 20.8 degrees on average in summer.

Amasra Bedesten, Ancient Theater, Acropolis, Necropolis, Underground Bazaar, Ancient Opus Revincium Docks and Breakwaters, Ruined Church belonging to Byzantine Period, Amasra Castle, Ruins of Ottoman bath in Amasra, Amasra Büyüktepe Bridge in Amasra, Underground Galleries, Amasra Büyüktepe (Inziva) Cave, Kuşkayası Monument, which is the only Roman in the world, the Castle and the arches on it, the Church (Fatih Mosque), Chapel (Culture House), Carved Caves and Bedesten ruins are the visible faces of the ancient city. Departments such as Theater, Forum, Hall of Honor, Underground Bazaar, Acropolis and Necropolis for 5000 people are underground. 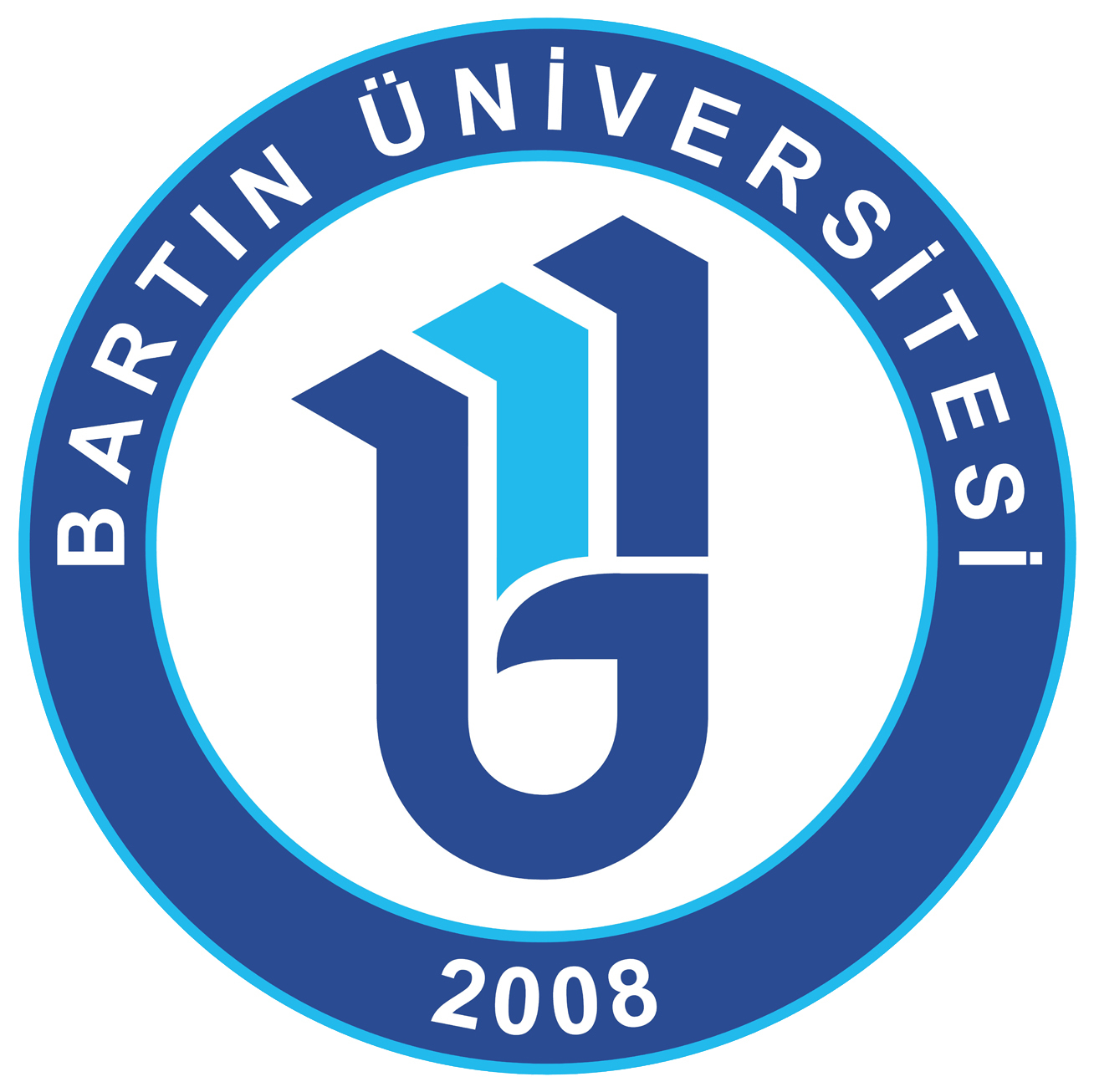