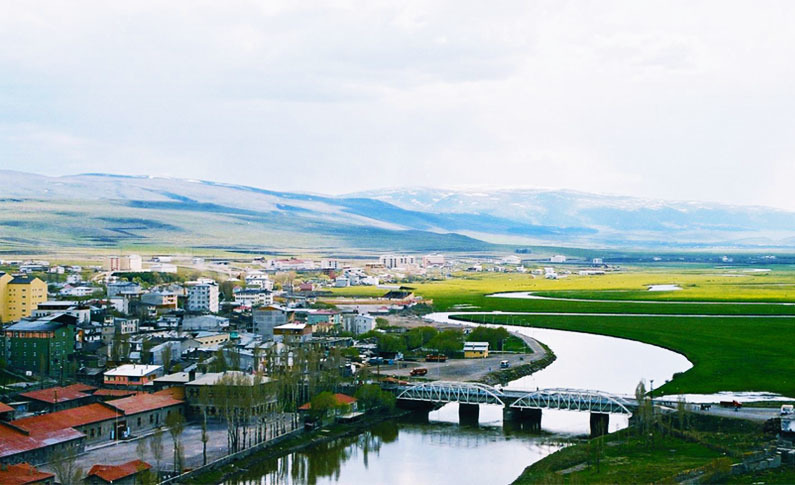 Ardahan, Turkey's Black Sea border with the Caucasus built on Eastern Anatolia Region, which is the center of Ardahan. separated from Kars province on May 27, 1992 became Turkey's 75 provinces. As of the year 2012 in Turkey with a population of 19 075, which is the smallest city center. In Ardahan, which is famous for its cold climate, thermometers show -30s in winter. Although local people are used to this, it may take some time for students and civil servants from outside to get used to this situation.

Terrestrial climate is dominant throughout the province; winters are long, hard and snowy. The annual average temperature is 3.7 ° C and it goes down to –30.0 ° C in winter. Located in northeastern Turkey Ardahan average of 550 mm of precipitation falls annually. The first cold of autumn begins at the end of September and continues until the middle of May in the spring.

Provincial west and north of the Black Sea in Turkey, climate features more visible. This feature also manifests itself in vegetation. In the west and north, especially in the neighboring regions of Posof district and Artvin, there are forests and bushes, while meadows and pastures are common in the southern parts of Ardahan.

In the plain of the lake, winters are heavy. This field compared to Sarikamish considered one of Turkey's coldest places are colder. Air flow is low in winter in the bowl-shaped plain surrounded by high mountains. In this case, the cooled and heavier air moves down and becomes a freezer by losing heat. So the ground cover and swamps freeze. The slopes of the mountains that surround the plain and see some breeze are less cold. Sometimes in the winter, a thick layer of fog covers the plain, and when looking from the mountains around it, it looks like a sea. The coldest wind in the winter comes from the northwest and this is called "Ardahan Yeli".

In the Posof District, surrounded by mountains and with an average height of 1500 m, the harsh form of the Eastern Black Sea climate prevails. Micro-climate type climate is dominant here, winters are rainy and summers are hot. The most prominent feature of this climate is its precipitation. In this area, precipitation falls in every season. The season is six months winter. Meanwhile, rains are always in the form of snow and abound. It also happens that it snows until May. Fogs are formed in spring and autumn. During the summer season, rain is not missing. The temperature is affected by precipitation and frequent cloudy stay. The summer season is almost a spring cool. When this is the case, the presence of large forests occurs spontaneously. The open places and valleys are in a continuous greenery.

Bulbullan Plateau
The Bülbülan plateau located in the border of the Eastern Black Sea Region of Ardahan, Ardahan is a plateau that stands out with its natural beauties located between Artvin, Göle and Şavşat.

Soliçam Plateau
15 km from Ardahan. It is a tourism area with a unique beauty where winter sports can be performed in addition to its natural beauty in the plateau of the Güzelçam.

Lake Cıldır - Akçakale Island
It is located 45 km east of the city center and 1960 meters above sea level. The flora of the wetland habitats around Çıldır Lake at a height is rich in local and rare species and hosts 101 kinds of plant species. There are 4 islands on the lake and these islands are the breeding points of Karabaş Seagull and Van Lake Seagull. Çıldır Lake is also rich in fish and there are 19 types of fish in the lake. Especially "Sarı Balık" is an important source of income for the local people and considering these factors, the tourism potential is quite high.

Göle Okçuoğlu Plateau
Situated at the foot of the Köroğlu mountains, this plateau has a natural beauty with its various plant assets and wild animals.

Aktaş Lake
Aktaş Lake is a lake located between Ardahan and the Georgia border, and there are 12 islets in motion.

Kura River
The Kura River, which reaches Azerbaijan through Ardahan, joins the Aras River and pours into the Caspian Sea. The Kura River forms meanders within the provincial borders and this creates a unique beauty.

Ardahan Castle
It is located in the city center and on the left bank of the Kura River. Ardahan Castle features a castle built by the Seljuks and used during the Ottoman period. Ardahan Castle is like an example of Rumeli Fortress.

Kalecik Castle
Located 500 meters south of Kalecik village in the county of Göle, the castle was built in BC. It is estimated that it was built by the Urartians in the 8th century.

Devil's Castle
Devil Castle, which is thought to belong to the Urartu period, is 1 km from Çıldır town center. It is an important tourism center located on a steep land and a hill on the east.

Kazan Castle
It lies 12 - 13 km northeast of Ardahan. It is believed that this castle was built by the Turks who came from Kazan region in Turkistan in the 8th - 9th centuries and lived in this region.

Cute Castle
20 km from Hanak district center. This castle, which is located near the Tatlı village in the southeast, has the characteristics of Urartu Castles.

Kurtkale Castle
36 km from Çıldır district center. 1 km from Kurtkale township in the northeast. It is located in the south and on the border with Georgia.

Kinzi Castle
Kinzi Castle, thought to have been built before Christ, is 30 km from Ardahan. It lies to the north of the village of Bağdeşen in the west.

Cak Castle
Türkgözü connected to posof outpost near the Turkey - it is a fortress, built on the edge of the Georgian border Cake draw water.

Savaşır Castle
It was founded on a pointed hill in the form of a language, surrounded by three valleys on the Southeast of the village of Savaşır (Cancak) in the town of Posof. It is understood that the castle, whose exact construction date is unknown, consists of a tower built in the Middle Ages.

Kol Castle
It is located on a high hill east of Kol Village, approximately 6 km west of Posof district center. It is estimated that the castle, whose construction date is unknown, might have been built in the centuries BC.

Mere Castle
It is located on the Ardahan - Posof road, approximately 5 km southeast of Posof. The name of the castle, whose exact construction date is unknown, can be found in historical sources. There is a church ruin on the southwestern slope of the castle today.

Kırnav Castle
It is located on the Ardahan - Hanak highway, 5 km west of our Hanak district. Kale, located on a low hill, has quite high body walls.

Black Castle Near Çıldır
Located approximately 8 km east of Çıldır District Center, Karakale Village is 300 mt. It is a castle positioned on steep rocks to the east and to the right of the flow of Kara Çıngıl stream.

Black Castle Near Hanak
It is located on the east end of Karakale Village, 1 km east of Cin Mountain, about 19 km northwest of Hanak District Center. The exact construction date of this castle, which is mentioned only in historical sources, is unknown. 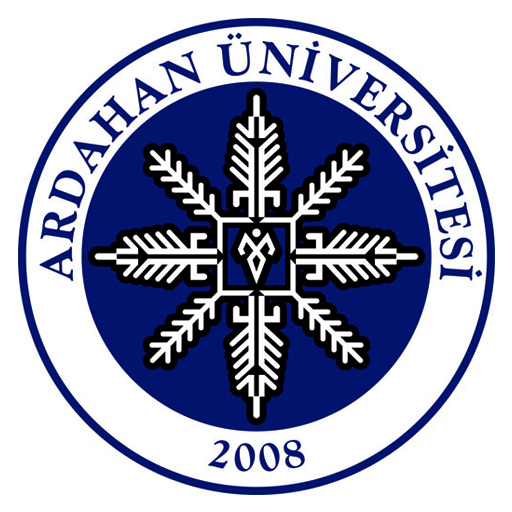