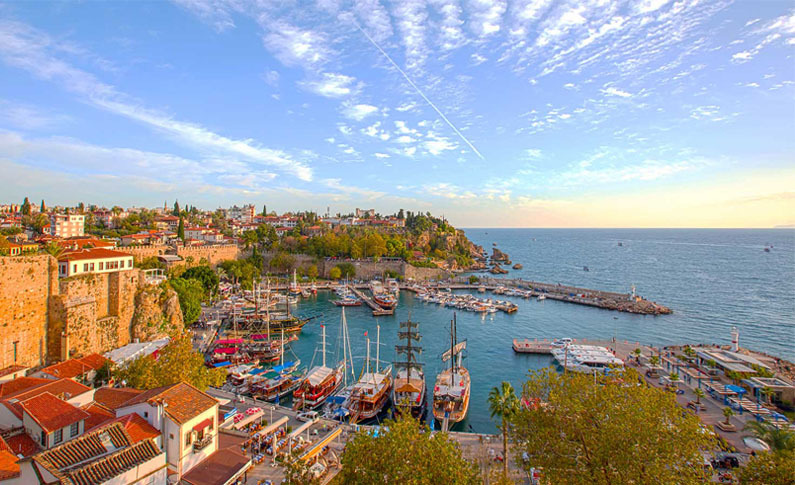 Antalya, which means "Attalos Dormitory", It was founded by Attalos II. The city, which remained independent for a while after the end of the Kingdom of Bergama (133 BC), was later conquered by pirates. B.C. It was added to the Roman territory by Commander Servilius Isauricus in 77. B.C. He became the base of Pompeius' navy in 67. A.D. Hadrian's visit to Attaleia in 130 caused the development of the city. Attaleia, the name of which is the bishopric center during the Byzantine domination, showed a great improvement after it was conquered by the Turks. Since the modern city was built on the ancient settlement, ancient ruins are very rare in Antalya. The first of the ruins that can be seen is part of the port miter, which is described as the old port, and the wall surrounding the port. The Hadrian Gate, which was restored in the part of the walls outside the park, is one of the most beautiful ancient monuments of Antalya.

Pamphylia, which means “very productive” in the ancient times, was called the city of Antalya and its surroundings, and Lykia. VIII before Christ. who migrated here from the west coast of the Aegean Sea since the 19th century; They established cities such as Aspendos and Side. II. King of Pergamum who reigned in the middle of the 2nd century. Attalos had surrounded Side. About 75 km from Antalya. The king, who could not take Side in the east, came to the current city center and established a city. It was called Attaleia with its name. Over time, there were those who called Atalia and Adalya. Antalya comes from his name.

In archaeological excavations, it has been proved that people lived in Antalya and its region 40 thousand years ago. The region since 2000 BC, respectively; It was under the administration of city states such as Hittite, Pamphylia, Lycia, Cilicia, and the continuation of Persia, Alexander the Great and Antigonos, Ptolemais, Selevkos, Pergamon Kingdom. Later, the Roman State ruled. The name of Antalya in ancient times was Pamphylia, and the cities established here were especially in the II. and III. century lived its golden age. Towards the 5th century, it lost its former glory.

The region was under the domination of the Eastern Roman or Byzantine name recognized by Turkey, joined in 1207 by the Seljuk Turkish territory. In the period of Anatolian Principalities, it entered the sovereignty of Hamitoğulları, a branch of the Teke Tribe. Teke Turkmens are one of the biggest tribes in the old homeland of Turks in Turkmenistan today. XI. Some of the century has come here. Today, north of Antalya and part of Isparta and Burdur, the Lakes Region is also called Teke region. At the time of the Ottomans, the center of Teke sanjak, which was connected to the Anatolian province, was the current Antalya city center. In those years, it was called Teke sanjak. The current name of the city is actually a slightly changed form of its name in ancient times and was given in the Republican period.

XVII. The famous Ottoman traveler Evliya Çelebi, who came to Antalya in the second half of the century, states that there are four neighborhoods and three thousand houses inside the castle and 24 neighborhoods outside the castle. The bazaar of the city was outside the castle. According to Evliya Çelebi, the port is large enough to take 200-piece ships. Antalya, which is the center of Teke Sanjak affiliated to Konya in administrative terms, has been turned into an independent sanjak in the last years of the Ottoman empire.

Kaleiçi: It is surrounded by walls inside and outside, in the shape of a horseshoe, most of which are destroyed and destroyed. The walls are the common work of Hellenistic, Roman, Byzantine, Seljuk and Ottoman periods. The walls have 80 signs. There are about 3,000 houses with tile roofs inside the walls. The characteristic structures of the houses not only give an idea about the architectural history of Antalya, but also reflect the lifestyle, traditions and customs in the region. In 1972, Antalya inner harbor and Kaleiçi district were taken under protection by the "Real Estate Antiquities and Monuments High Council" as a "SIT area" due to its unique texture. The Golden Apple Tourism Oscar was awarded to the Ministry of Tourism by FİJET (International Association of Tourism Writers) on 28 April 1984 for the restoration work of "Antalya-Kaleiçi Complex". Today, Kaleiçi has become an entertainment center with its hotels, hostels, restaurants and bars.

Old Antalya Houses: In Antalya, where summers are very hot and winters are warm, importance is given to preventing the sun and providing coolness in the construction of old houses rather than cold. Shady stones and courtyards are features that facilitate air flow. It is built on three floors with its entrance functioning as a warehouse and hall.

Grooved Minaret: It is the first Turkish structure of Antalya. In the center, near the port. According to the inscription on it, it was built during the reign of Anatolian Seljuk Sultan Alaeddin Keykubat (1219-1236). Its body built with bricks consists of eight half cylinders. If there is a mosque adjacent to this minaret, it must have been demolished. Because the Mosque next to the minaret belongs to the late period, 1372. It was built by an architect named Tavasi Balaban during the time of Hamitoğulları, a Turkish Principality.

Karatay Madrasa: It is one of the important Turkish Islamic structures in the city center. XIII. It was built in the middle of the century.

Evdir Han: Until the beginning of the 20th century, transportation was provided by horses and camels, and trade goods were transported with these animals. Caravans used to stay on the roads, "Inn" and caravanserais. Evdir Han is one of them. It is on the road from Antalya to the north. Today, Antalya-Korkuteli highway 1 km. east and 18 km from the city center. Away. The most striking part is the pointed arch portal. XIII. It is a Seljuk monument built in the beginning of the century.

Kırkgöz Han: The second stop on Antalya - Afyon old road is Kırkgöz Han. Kırkgöz Han is 30 km from Antalya. It is located in Pınarbaşı, in Kırkgöz. It is in a very sound condition.

Düden Waterfalls: About 10 km from Antalya city center. This waterfall in the northeast is one of the natural beauties symbolizing the city. It is poured from a height of 20 meters. Its main source is Kırkgöz location. Lower Düden Waterfall is on the road to Lara Beach. It is poured into the sea from the cliffs at a height of 40 meters in the southeast of the city center. It is one of the iconic natural beauties of Antalya.

Kurşunlu Waterfall: It is 7 km after entering the Isparta road from the twist on the 24th km of Alanya road in the east of the city center. can be reached later. This natural wonder is one of the most visited places. The waterfall seems to have come out of a fairy tale land. It is in a deep green valley. The whole surroundings can be visited with a half an hour walk. Many fish live in the waters where ponds are formed. It also attracts attention with its rich fauna. Düden, Kurşunlu and Manavgat Waterfalls have been used as venues in many Turkish films. All of them can be easily reached by bus.

Lara - Konyaaltı Beach: 10 km from Antalya city center. Lara Beach, which is a natural wonder to the east, and Konyaaltı Beach, on the west coast of the center of Antalya, are the most beautiful coasts of the city.

Perge: 18 km east of Antalya, near Aksu Subdistrict. It is an important Pamphylia city because it is located on the trade road of Cilicia - Pisidia. Its establishment coincides with other Pamphylia cities (VII century BC). Perge was an important city for Christians. Saints Paulos and Barnabas came to Perge. Some wealthy people such as Magna Plancia have brought important monuments here. In Perge, where the first excavations were initiated by Istanbul University in 1946; City ruins consisting of Theater, Stadium, Colonnaded Street and Agora were found.

Karain Cave: 27 km from Antalya. The remains in the Karain Cave in the northwest of Yağcılar borders belong to the Paleolithic, Mesolithic, Neolithic and Bronze ages. This cave is one of the must-see places.

Ariassos: On the 48th kilometer of Antalya-Burdur highway, 1 km from a left turn. It is included. It was established on the slope of a mountain and is worth seeing in terms of its baths, rock tombs. The entrance gate, the most magnificent remnant of the city, rises at the beginning of the valley, which is entered into the city of Ariassos. This monument from the Roman period is known as the "Three Gates" by the local people since it has 3 arches and therefore 3 entrances. A surprising feature of the city is that three-quarters of the necropolis remains, extraordinarily flamboyant monumental tombs.

Antalya and its surroundings have a legacy of two life styles that have been floating for centuries. When the Turks first came here, they immediately followed the established order; they established villages, towns and cities. On the other hand, a segment of the population continued to live as they did before Turks came to Anatolia. According to this lifestyle, which means semi-settled, at least 15-20 families of relatives, and sometimes the number of families expressed by faces; they lived in bristle tents, climbed to the mountains in the summer, and descended to the hot plains called wintering in winter. They raised animals such as camels and sheep, and made their living by exchanging or selling the products they produced. They produced meat, milk, oil, and weave hair tents and natural root-rugs. There were even those who planted cereals and vegetables in narrow areas in the winter. There were even large groups of nomads (tribes, carvings) that raised horses to the Ottoman army.

Turkish rugs, which adorn the most important museums of Europe today, are the hands of these people. A large part of today's folk music culture is inherited from nomads. The biggest minstrel of Turkish folk poetry and music such as Karacaoğlan and Dadaloğlu are the representatives of this culture. Since ancient times the countryside who maintain residents' lives in the village of cutting themselves, "local villagers" as called by qualifying, you go to a village that settled en masse nomads "This is the nomad village to say," you can hear such descriptions in almost every part of Turkey. However, although people emphasize this difference of life dating back to the past, they all have the same root and are Turkish. They do not look at each other with a different eye, and they see it as a wealth.

The basis for the nourishment style of the nomads is determined by the foods obtained from livestock and wheat. Despite the fact that little vegetables are produced on the shoreline, wheat and dried vegetables gain weight as the interior areas are visited. In Antalya, it is possible to find all the world cuisines in tourist hotels and restaurants. But the local dishes unique to the region are: Roasting of hair, Tandir kebab, Kölle (wheat, beans, chickpeas and bean stew), Around tomato, Hibeş, Arapaşı

In Antalya, where the Mediterranean climate is dominant, winters are mild and rainy and summers are hot and dry. 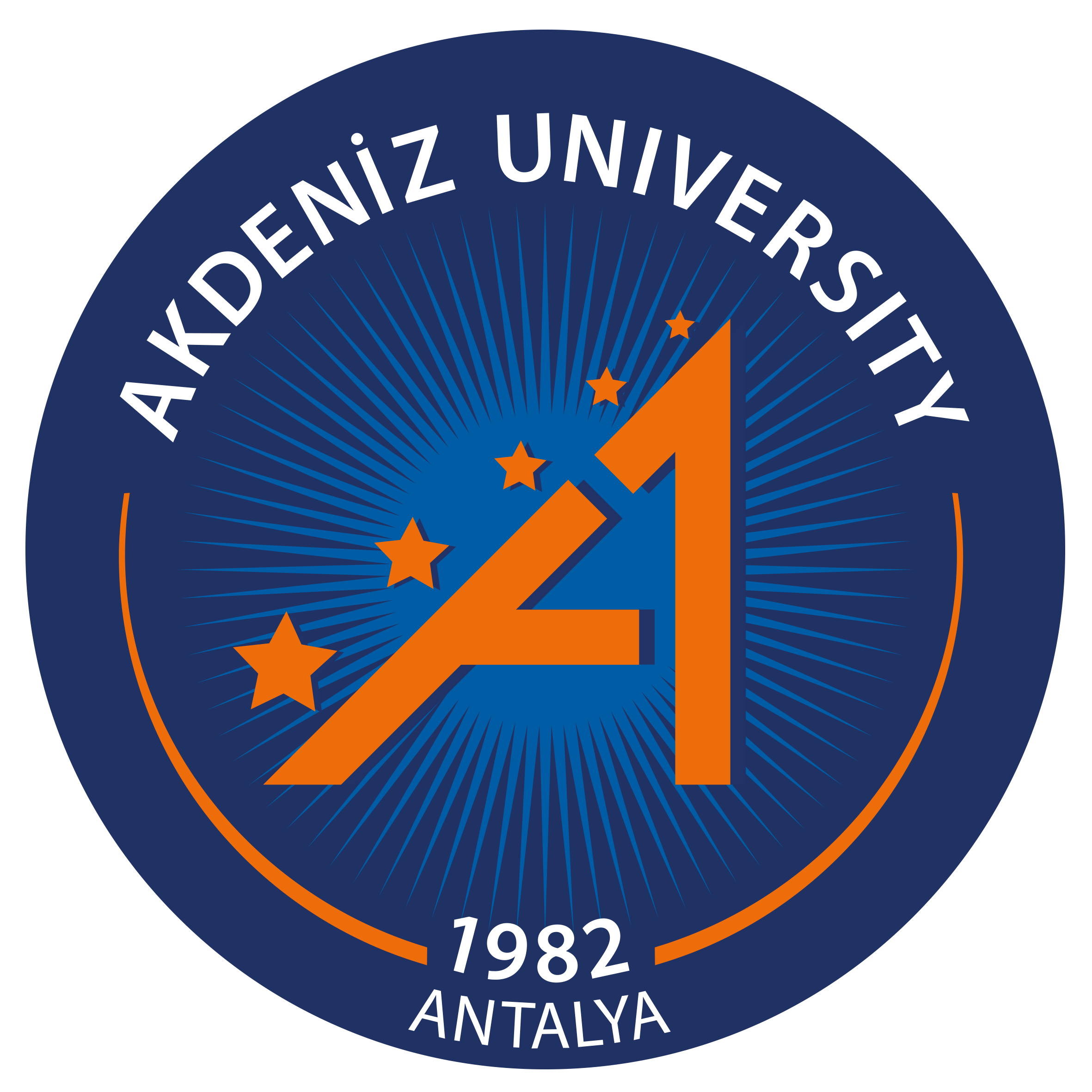 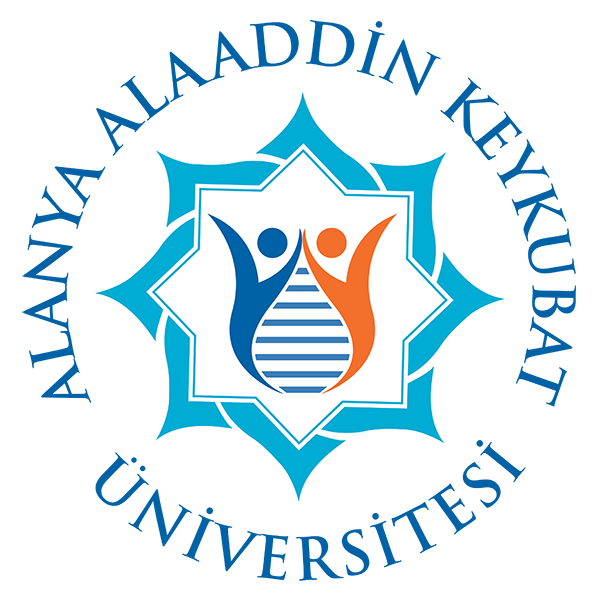 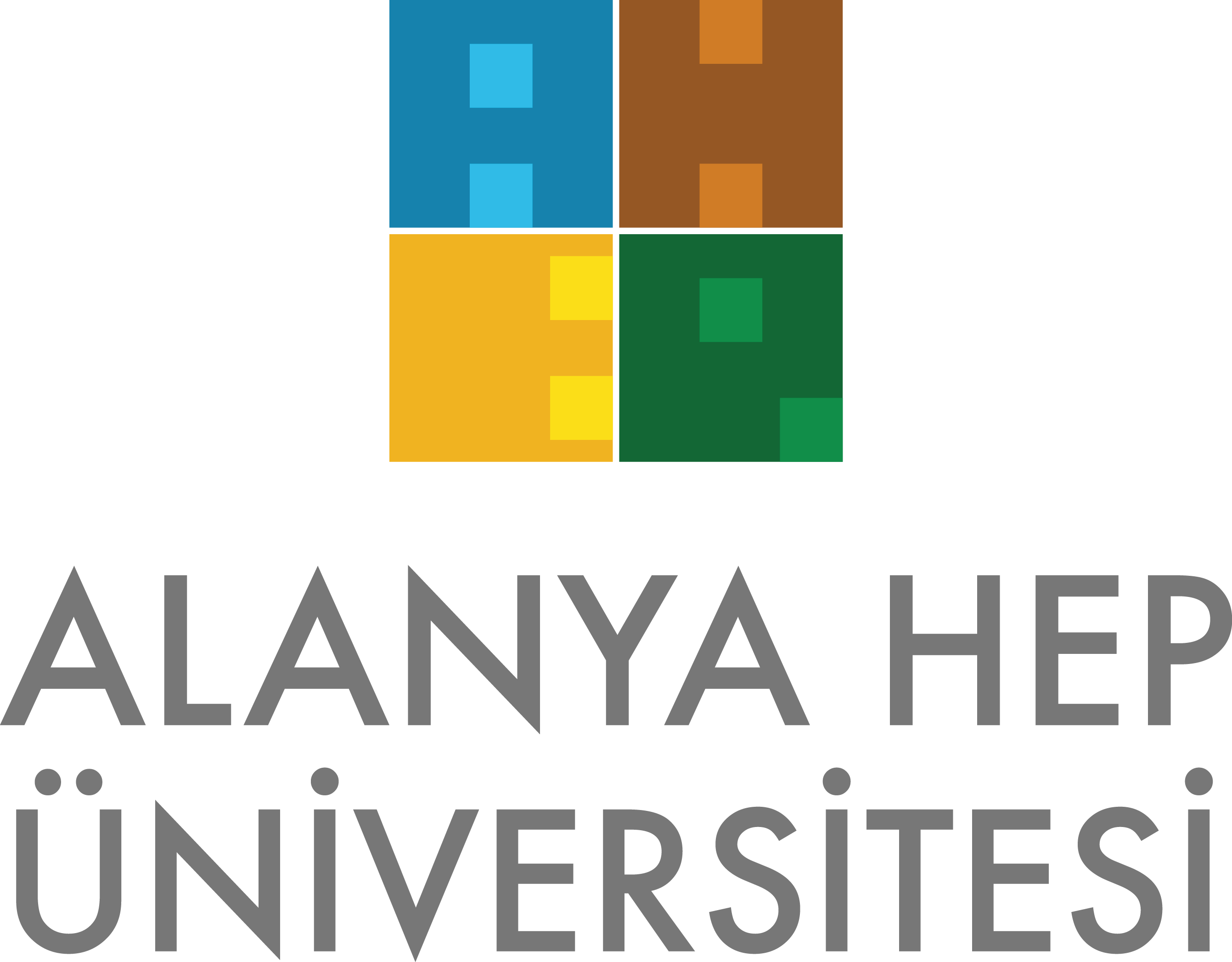 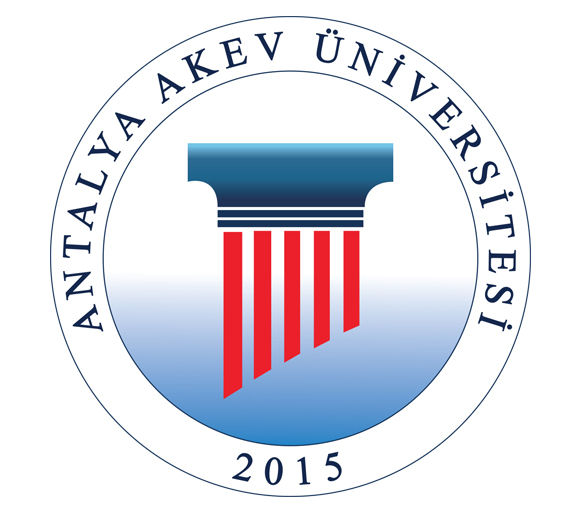 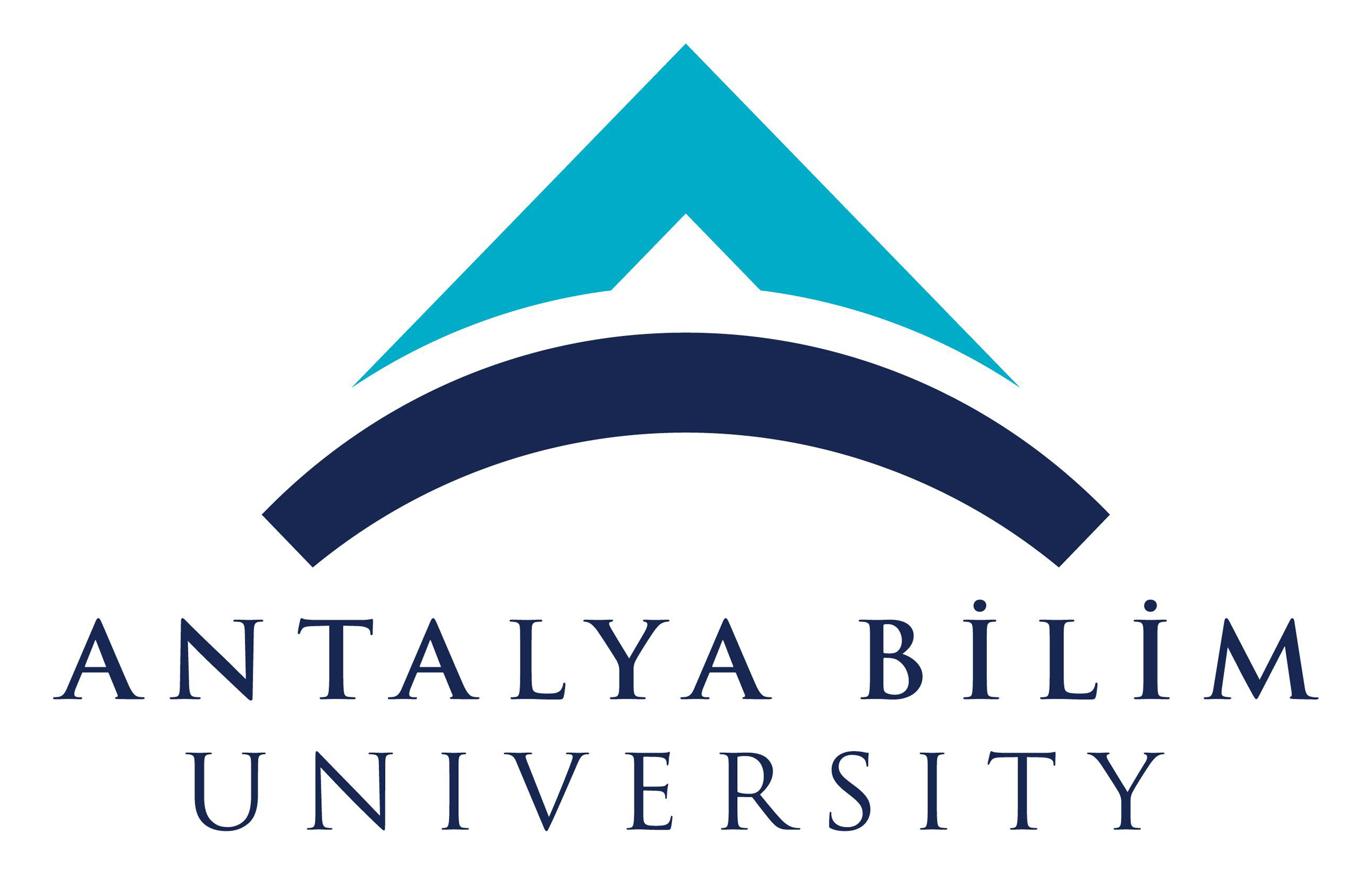